My kids’ schools do a fundraiser several times a year that involves Schwan’s foods. They bring home the catalog, and a portion of the sales goes to the school. I’m not a fan of this fundraiser. First, because they make $0 until the total sales have reached a certain amount, and then it’s only 10% up to a fairly high level. I’d rather donate money directly to the school. Second, because half of the stuff in the catalog is processed crud (albeit, tasty processed crud, from what I hear).

Knowing that we wouldn’t be buying anything from the catalog, my middle schooler came home, handed me the catalog and said “Here, mom, I’ve circled everything I want you to make.” I love that kid. He knows me so well. Most of the items were things I already make, like Shepherd’s Pie, Stroganoff and Pizza. But, a couple gave me some good ideas. Last week I was making soft pretzels for my kiddos and their friends during a minecraft marathon, and I remembered two items that they had in the catalog: mozzarella bites and cheese stuffed pretzels. I combined the two and made my traditional soft pretzel dough, wrapping them around pieces of string cheese. They were awesome, and a huge hit with the group of boys hanging around at my house that day.

In a mixing bowl, dissolve yeast and 1 tsp sugar in 1 1/4 cups warm water. Let sit 10 minutes, until frothy. Add remaining sugar, 3 cups of flour and salt. Mix until a dough starts to form. Add additional flour, 1/2 cup at a time, until dough easily forms a ball. (If using your mixer, the dough will come together and not stick to the sides of the bowl, but it may still stick to the bottom, that’s fine). Knead about 7 minutes by hand or 4-5 minutes by mixer, until dough is elastic. Cover bowl and let rise until doubled in size, about 1 hour.

Preheat oven to 450 degrees. When dough has risen, turn it out onto a lightly floured surface. Cut dough into 4 equal pieces. Roll each piece into an 8×8 square and cut each square into 9 parts.  Cut each stick of string cheese into 6 pieces. Place one piece onto each small square. Fold over and press edges to seal. Cover a baking sheet with foil or parchment paper. In a small bowl, dissolve baking soda in 1 cup hot water. Dip each pretzel bite in the baking soda water and place on the baking sheet. Sprinkle with coarse sea salt if desired. Bake for 7-8 minutes, until golden brown. When they come out of the oven, brush the tops with melted butter.

REAL food alert: check the ingredients in the string cheese. Some have additives.

FREEZER alert: you can freeze these. To reheat, place a few on a plate and microwave for 30 seconds. 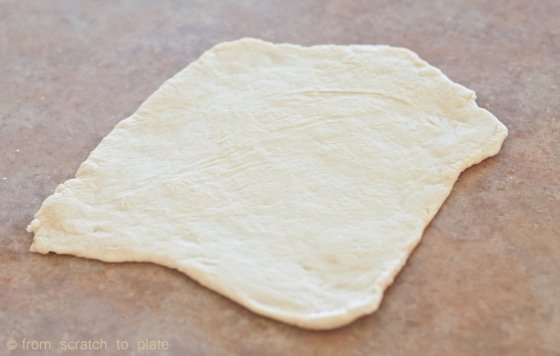 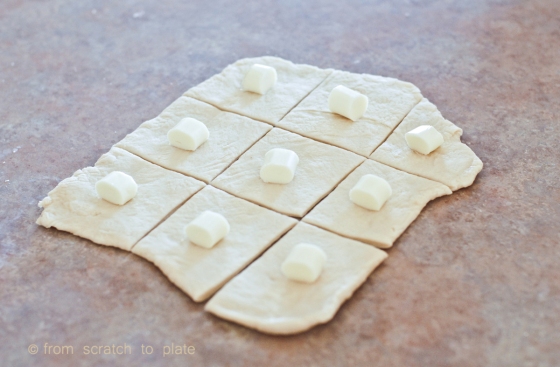 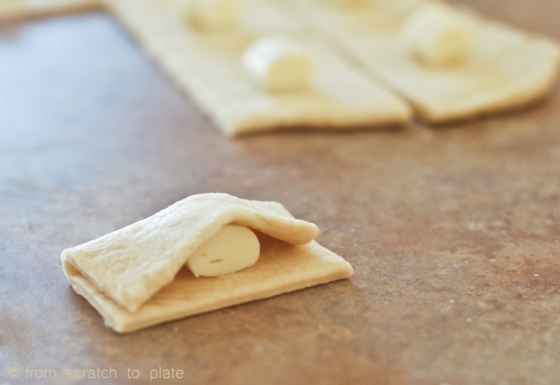 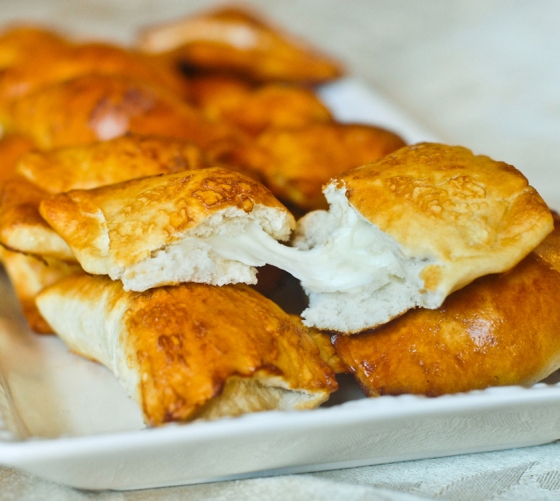